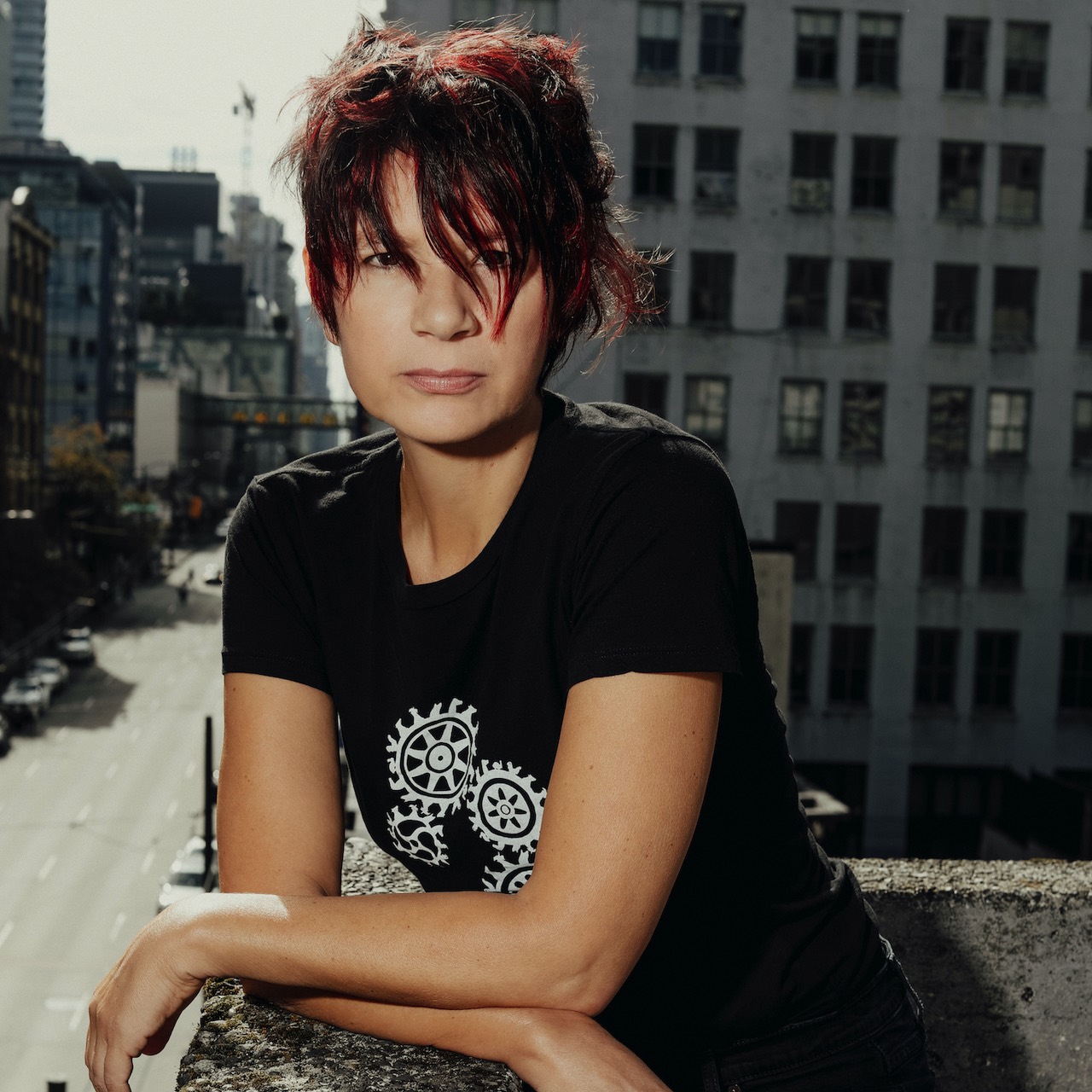 An award-winning Canadian filmmaker who has written, directed, produced and filmed multiple impactful documentaries around the globe since the 1990s, Liz Marshall’s Meat The Future (2021), chronicles the birth of the “cultivated meat” industry through the eyes of a visionary CEO, Dr. Uma Valeti. A game-changing solution towards a sustainable climate future, Meat The Future is narrated by Dr. Jane Goodall, executive produced and with music by Moby.

Liz Marshall helped open our eyes to the inhumanity of animals exploited for food, fashion, entertainment, and research with her 2013 critically acclaimed film The Ghosts in Our Machine, featuring the work of animal rights photojournalist Jo-Anne McArthur; Midian Farm (2018) unearthed Liz’s formative family history about an Ontario-based 1970s back-to-land social experiment, and Water on the Table (2010) chronicled the human right to water amidst a global water crisis featuring Maude Barlow’s appointment as U.N. Senior Advisor on Water to the President of the 63rd Session of the United Nations. Included in Marshall’s body of work is the Stephen Lewis Foundation Trilogy (2007), about the impacts and effects of the HIV/AIDS pandemic across sub-Saharan Africa; Inside Your Threads (2003) about the unregulated conditions of the garment industry affecting workers; Musicians In The WarZone (2001), a War Child Canada/MuchMusic special presentation about war-affected children, and a 1995 multi-media music tour archive of folk-punk feminist icon Ani DiFranco.

Moby was born Richard Melville Hall in Harlem, NYC in 1965. His father gave him his nickname ‘Moby’ when he was 10 minutes old, as a result of his hereditary relationship to Herman Melville. Moby started playing classical music and studying music theory when he was 9 years old, and then came of age musically in the punk rock scene in and around NYC in the early 80’s. He started making records under his own name in 1989, and has since sold over 20,000,000 albums.

In addition to making his own records, Moby has also produced and remixed artists as varied and disparate as David Bowie, Public Enemy, Britney Spears, Ozzy Osbourne, The Beastie Boys, and Daft Punk, to name a few. Moby also works with and supports a variety of non-profits, including The Humane Society, Emily’s List, The ACLU, and The Institute for Music and Neurologic Function. 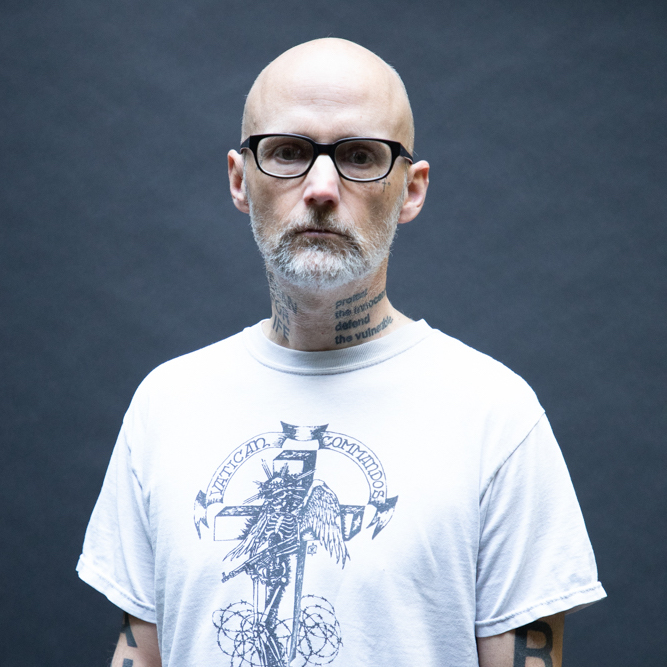 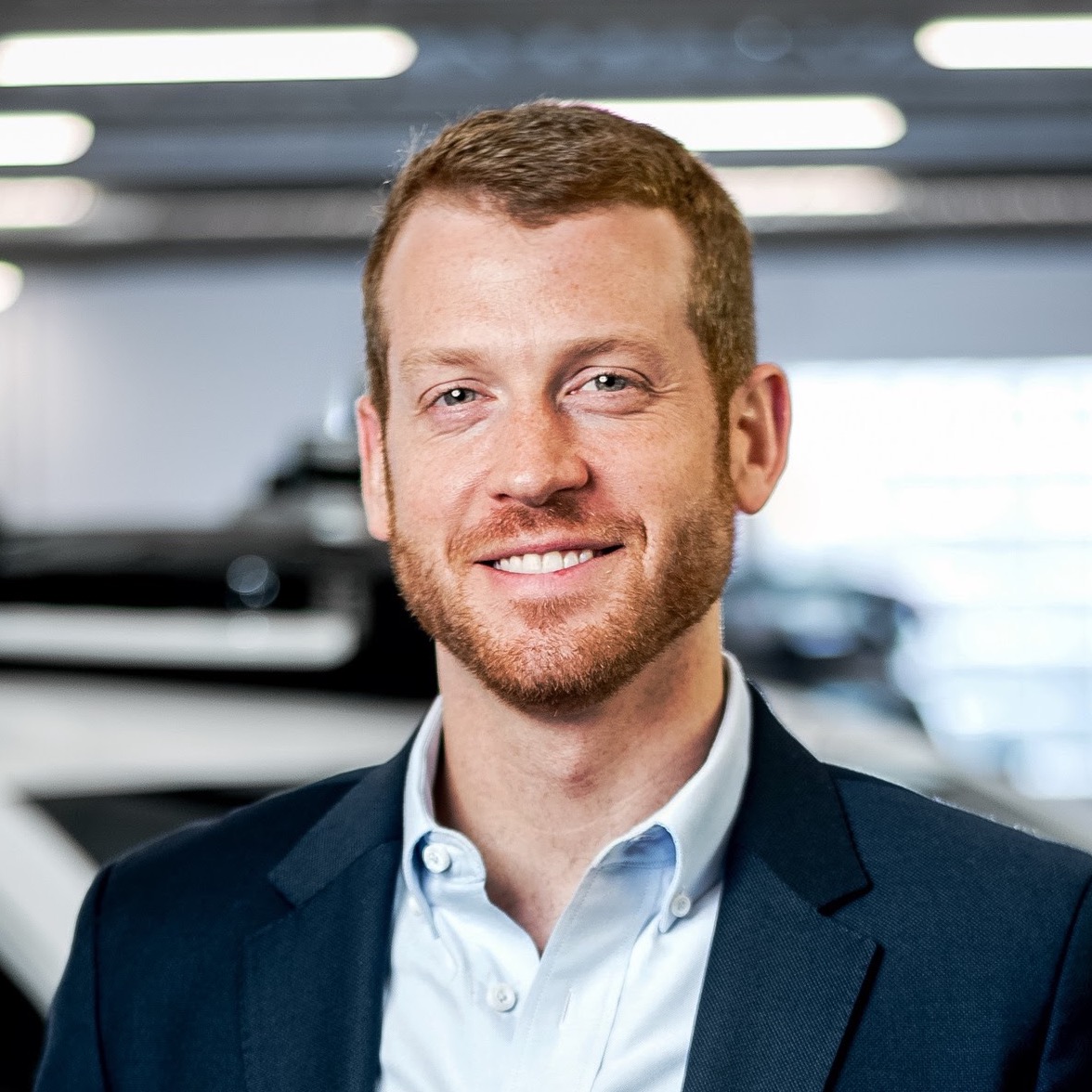 Kyle Vogt is currently the CTO and co-founder of Cruise, a self-driving car company valued at $30 billion. He previously co-founded Twitch, which Amazon acquired for $1 billion. He has been building robots for over 20 years, including a violin-playing robot, a safe-cracking robot, and two 210lb Battlebots. While studying Computer Science and Electrical Engineering at MIT, he co-led a DARPA Grand Challenge team that built a self-driving pickup truck.

Outside of robotics, Kyle is an animal welfare activist, investor, and philanthropist. He was the main investor in the Game Changers, a film featuring plant-based athletes and which is now one of the most-watched documentaries of all time. He also recently set the world record for the shortest time to run a marathon on all 7 continents (just under 82 hours from start to finish), all while eating a 100% plant-based diet.

As one of Canada’s most respected business-minded producers, Janice is passionate about supporting creators and helping to navigate a path to critical and commercial success. Janice has demonstrated expertise in financing and project management and is known and trusted by broadcasters and financiers. She previously held the position of Vice-President and Executive Producer with White Pine Pictures, and in 2015 Janice formed Bizable Media with Kathy Avrich-Johnson, to support creative producers on the business side of production. 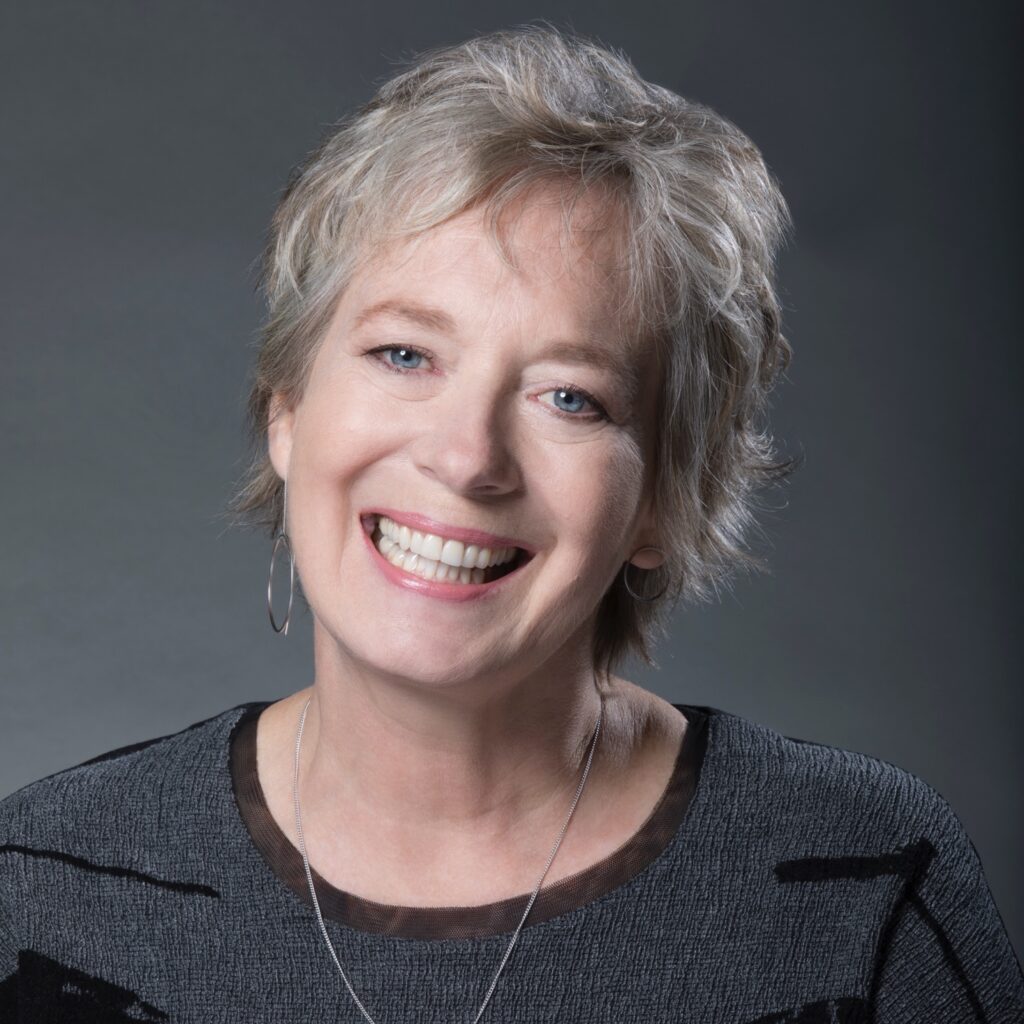 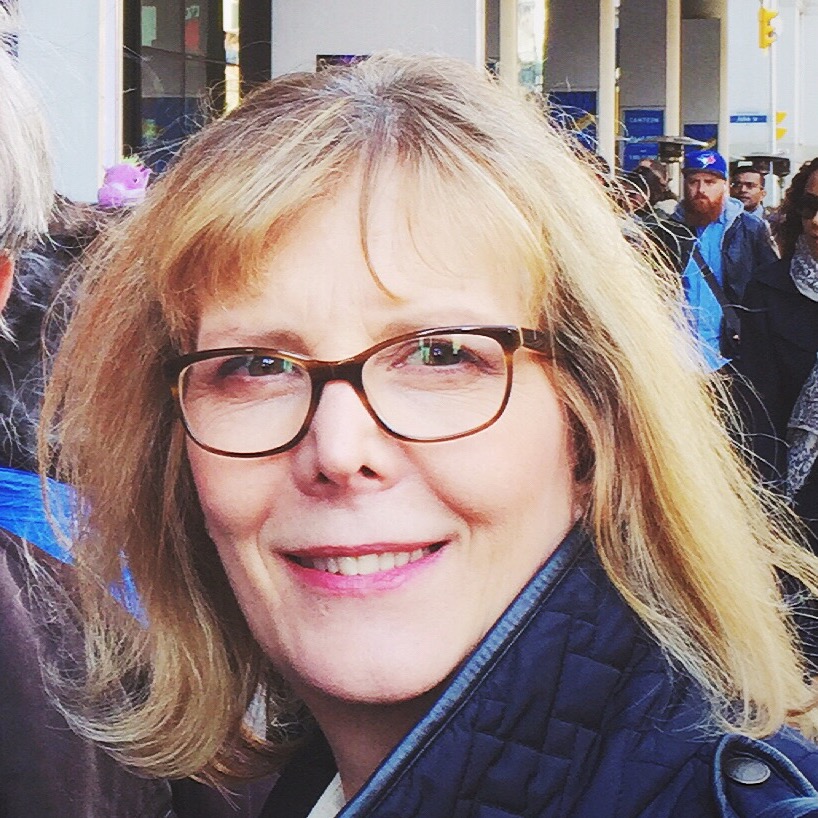 Chris Hegedus has been directing, shooting, and editing documentaries for over forty years. She received the prestigious Directors Guild Award for Startup.com, chronicling the first Internet boom and bust. Along with D.A. Pennebaker, she directed the 1992 Clinton campaign film, The War Room, nominated for an Academy Award®. Other films include Elaine Stritch at Liberty (Emmy Awards), The Energy War series, Town Bloody Hall, Delorean, Moon Over Broadway, Depeche Mode 101, Down From the Mountain, Only the Strong Survive, Al Franken: God Spoke, Kings of Pastry and recently HBO’s Unlocking the Cage which was broadcast internationally and theatrically distributed in the US and Canada.

Jessica has had a successful career working in the scripted, factual, new media and branded content space. Her work has aired on CBC, TVO, Amazon, PBS, CBS, HBO Canada, National Geographic, Hallmark Channel, and CTV. As a freelance producer for Hemmings House Pictures, a Certified B Corp Production company, Jessica uses video production as a tool for positive impact. She worked on Rob Stewart's environmental films “Revolution” and “Sharkwater: Extinction”. Jessica is thrilled to work on Liz Marshall's “Meat the Future”. 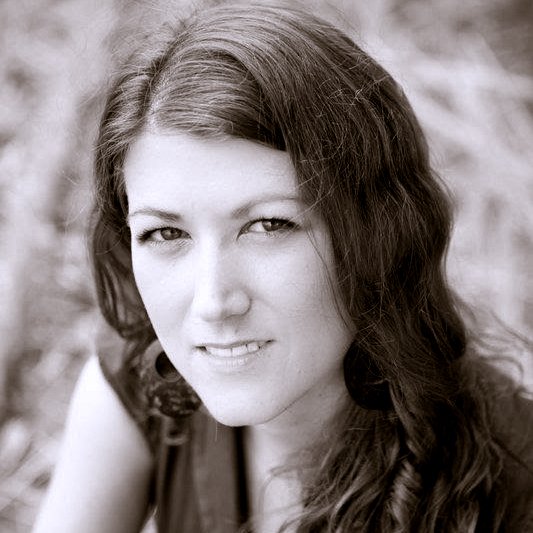 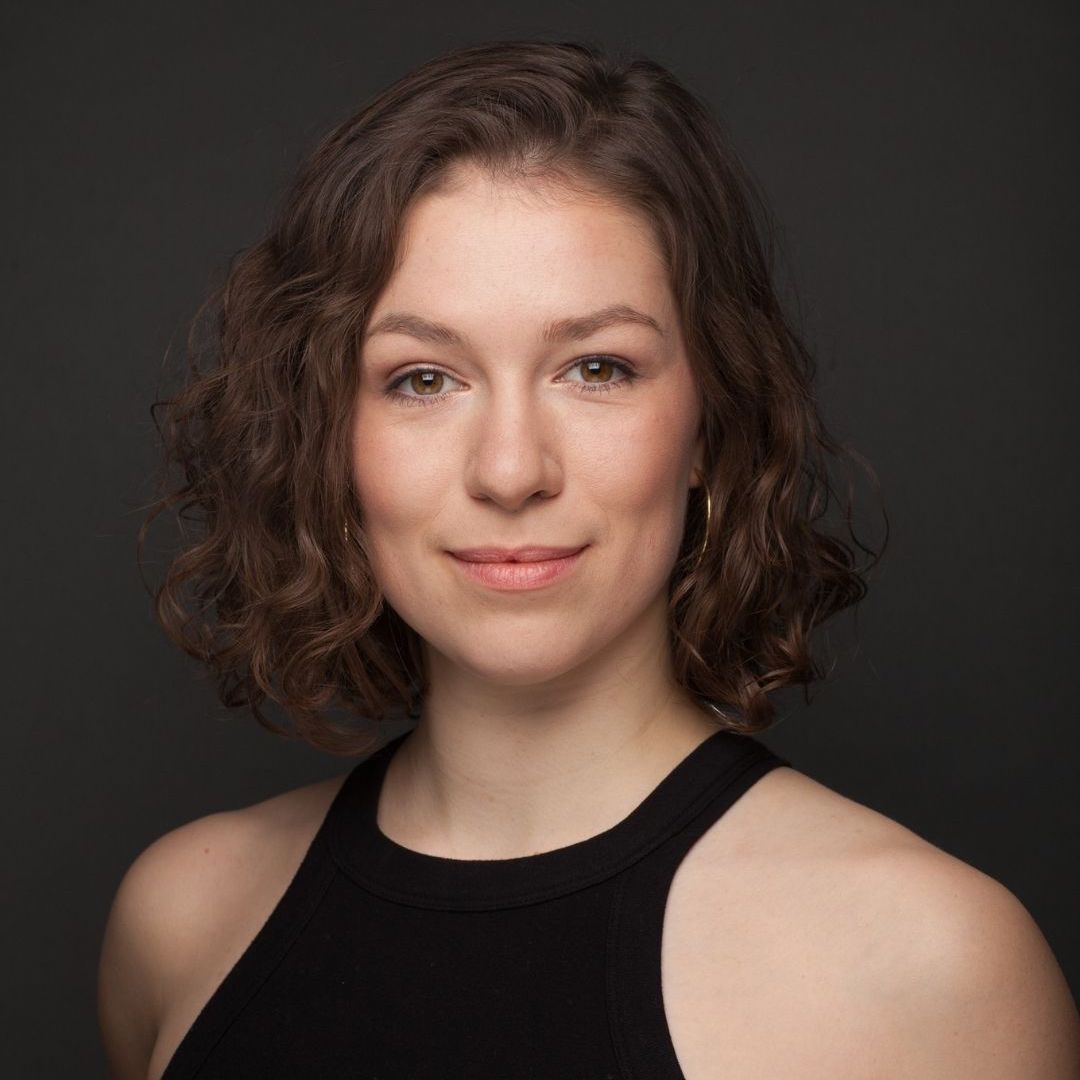 Talia Woodland is the Coordinator at LizMars Productions Inc., and the personal assistant to filmmaker Liz Marshall. In 2019, Talia graduated from Toronto’s Humber College Film and Television Production Advanced Diploma program. She is the recipient of Humber’s 2019 Women in Film Award and Scholarship for achievement of overall excellence in the program. Her thesis short documentary film All It Gives has screened at 18 global film festivals and has won 3 awards.

Talia was born and raised in Canada’s great white north (the Yukon) and currently resides between Toronto and Whitehorse.

Toronto based veteran editor Caroline Christie works in a variety of cinematic forms including feature documentaries, scripted short films, feature films, TV drama and 3D IMAX. Her award winning work has screened widely across the globe. Credits include: Project Grizzly, The Awful Truth with Michael Moore, and Republic of Doyle. 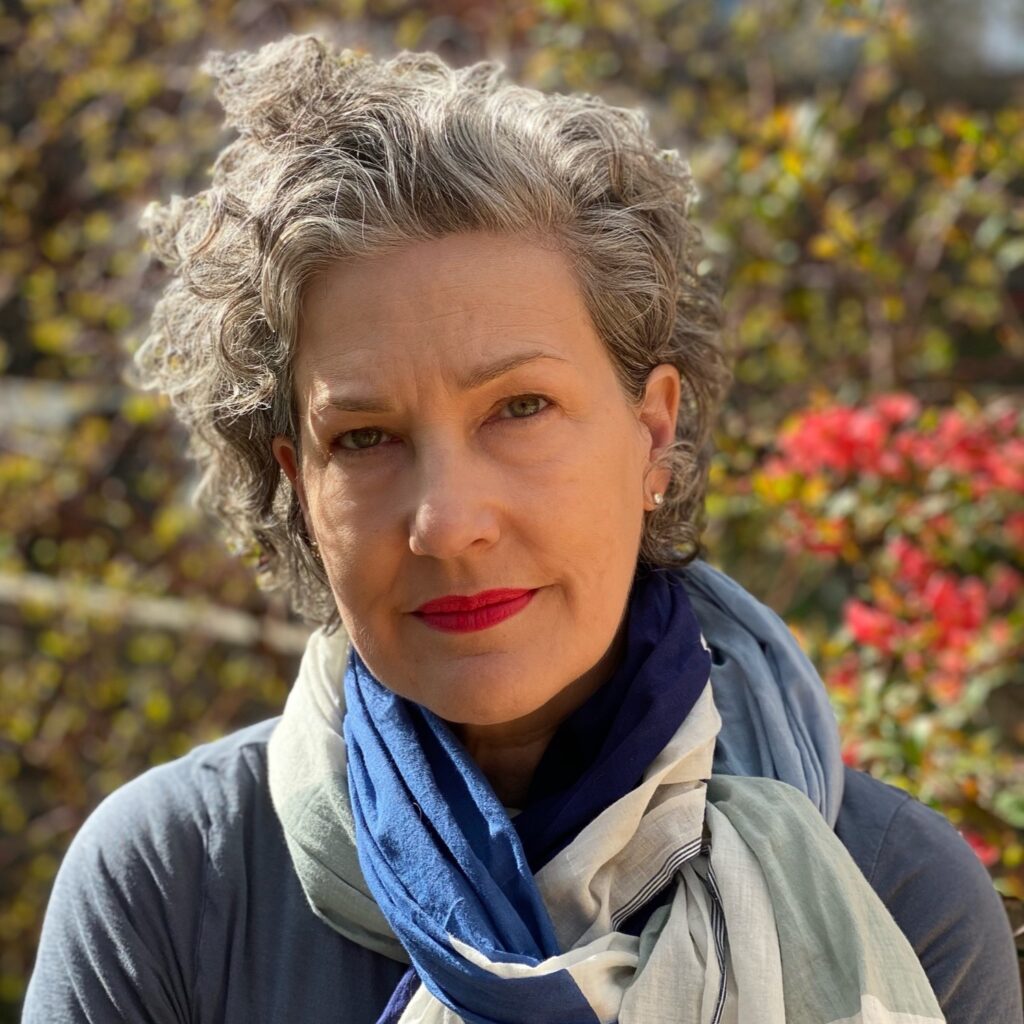 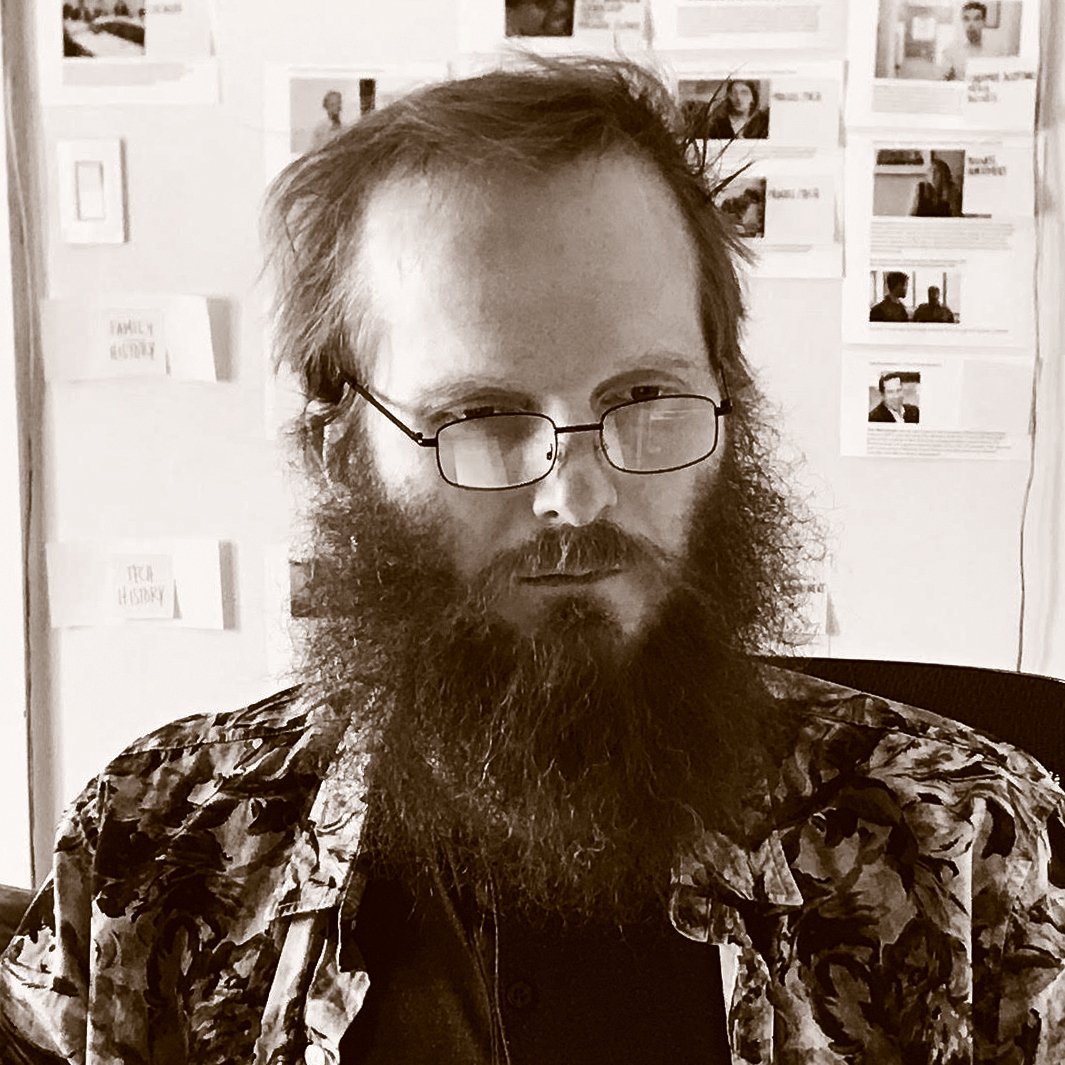 Roland Schlimme has been collaborating with leading independent filmmakers for the past twenty years. As an editor, his formal and intuitive sensibility can be recognized in the works of Peter Mettler (Gambling, Gods, and LSD, The End of Time), Jennifer Baichwal (Manufactured Landscapes, Long Time Running, Anthropocene), Phillip Barker (Night Vision, Malody, Shadow Nettes), and Liz Marshall (The Ghosts In Our Machine).

John Price is a celebrated sought after documentary cinematographer based in Toronto. He has collaborated on diverse feature projects – from Liz Marshall's The Ghosts in Our Machine to Shary Boyle's Silent Dedication installation at the Venice Biennale and Nuit Blanche, Toronto. He has lensed movies for Bruce McDonald, Charles Officer, Alan Zweig, Mina Shum and Jennifer Baichwal, among others. John's work has screened around the globe including at TIFF, Rotterdam, IDFA, NYFF, SXSW, The Berlinale, CPH:DOX, Hot Docs, and many others. 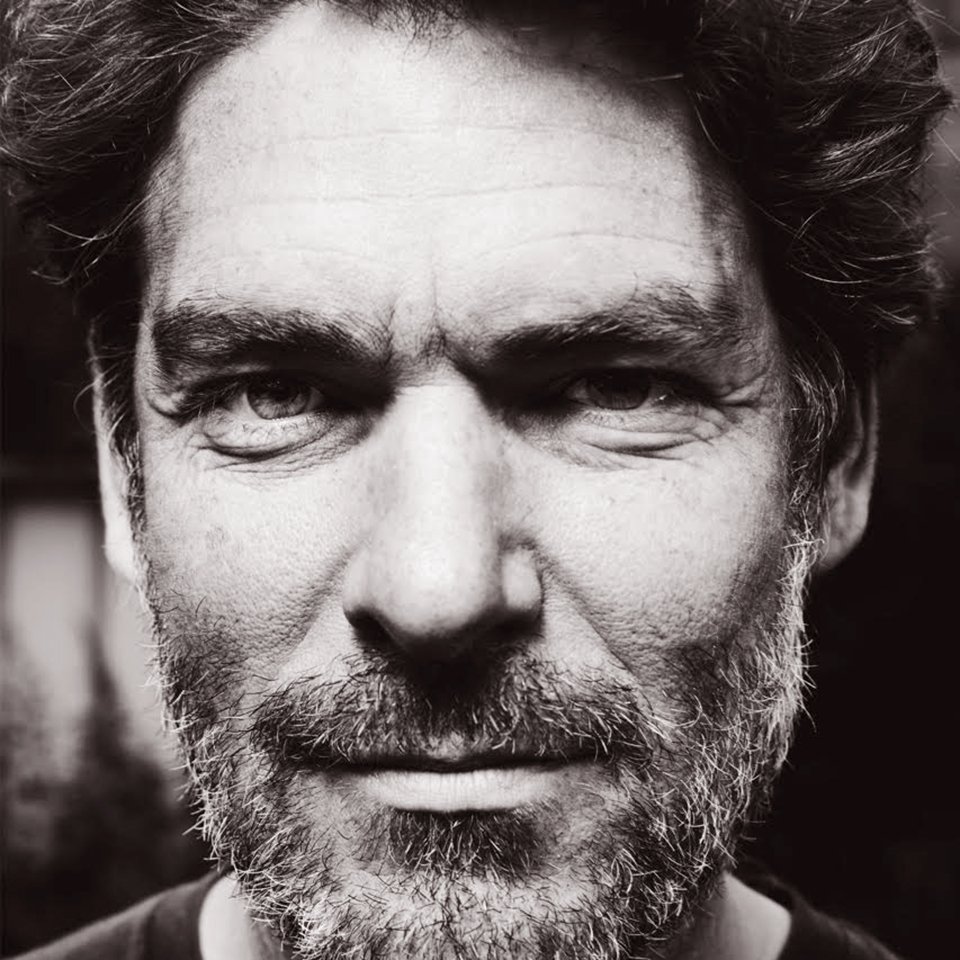 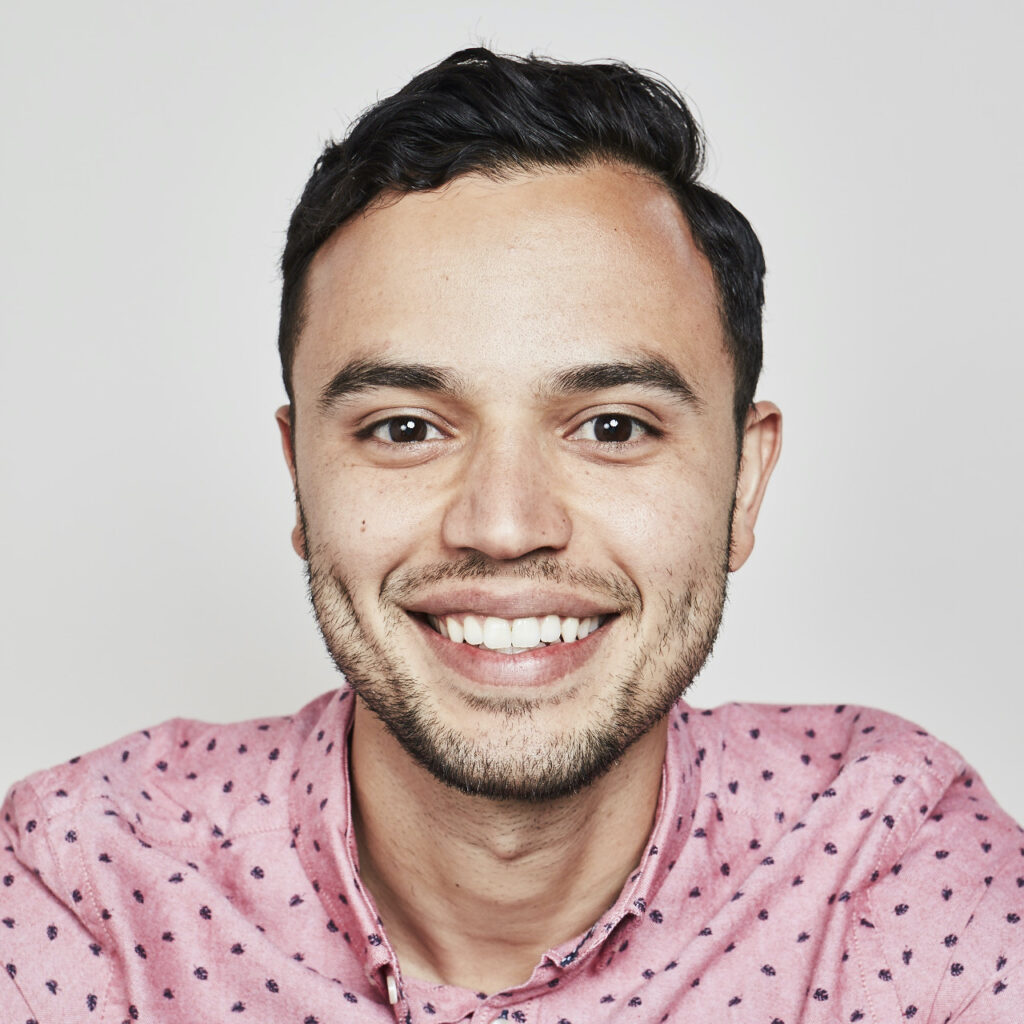 Igor Correia is a Toronto-based music composer. As a writer at an award winning creative audio agency, he has been able to compose for numerous high profile TV/Film projects and commercial spots. Some of his favourite projects include the Brazil 2014 FIFA World Cup and the Rio 2016 Olympics theme package for the CBC – a mix of Samba and epic orchestral beats. The score for the 2014 TIFF selected Canadian independent film We Were Wolves, and co-writing the score for the 2018 film The Padre, a heist film starring Tim Roth and Nick Nolte.

Alex Kurina is an award-winning designer and new media artist from Toronto, with a strong body of commercial and personal work in graphic design, video and animation. Alex’s artistic practice is heavily design-focused and leans towards polished and visually compelling work. He has worked for a number of international commercial clients in various creative capacities. His artwork has been exhibited at the Montreal Museum of Fine Art, InterAcess in Toronto and the Guggenheim and Eyebeam in New York. 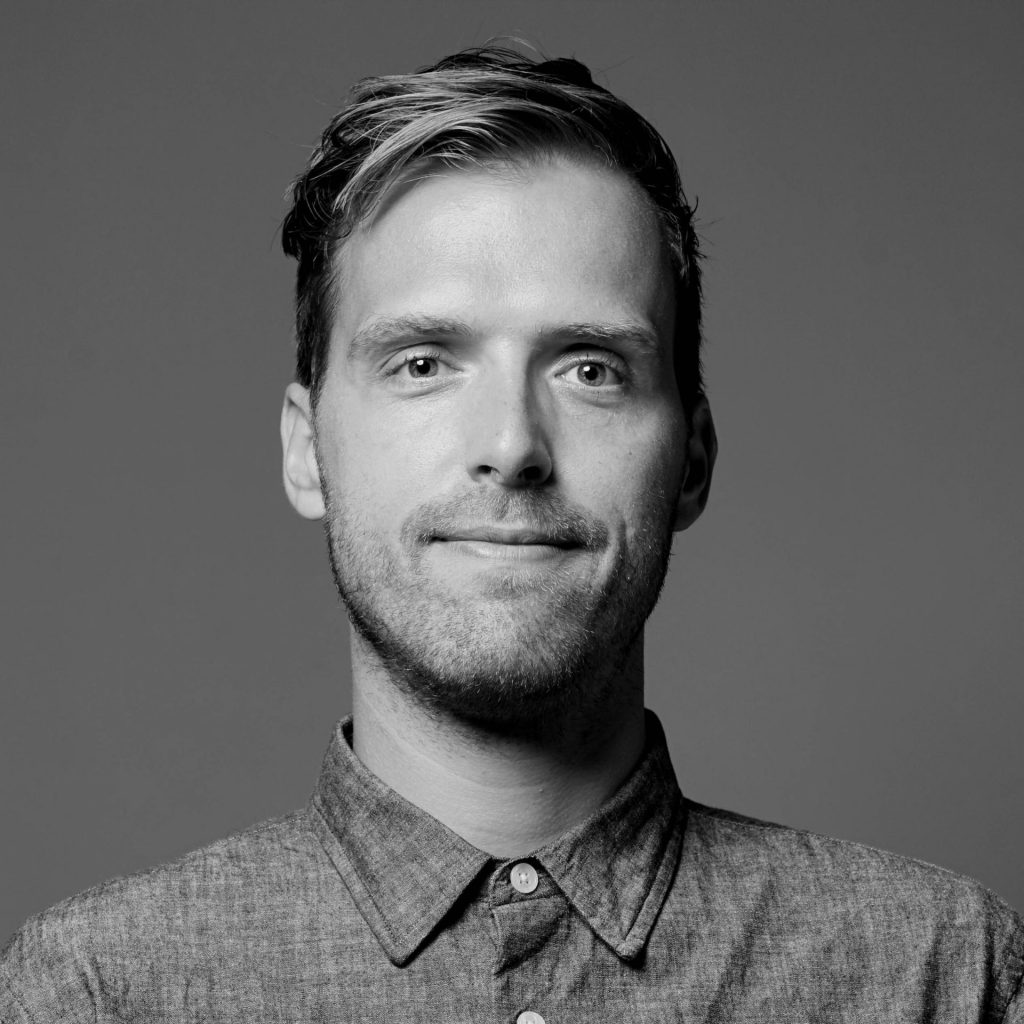